You are here: Home / Life / Games to Play with Uno Cards
(this post may contain affiliate links, which means I get a small % back if you purchase after clicking, at no cost to you- refer to 'legal stuff' in the menu for more info)
34 shares

I love when you can find multiple ways to play (and learn from) games you already own.  Card games in general are great for this, and Uno is one of our favorite games to find new ways to play.  We’ve created lots of homemade games, below are our favorite educational games to play with Uno!

[Stephanie’s note: If the voice sounds different it’s because this post was written by Tyler, my husband, and originally published on Kidsloveboardgames.com which is now defunct!]

Pin this round-up of uno game ideas with this photo or link! 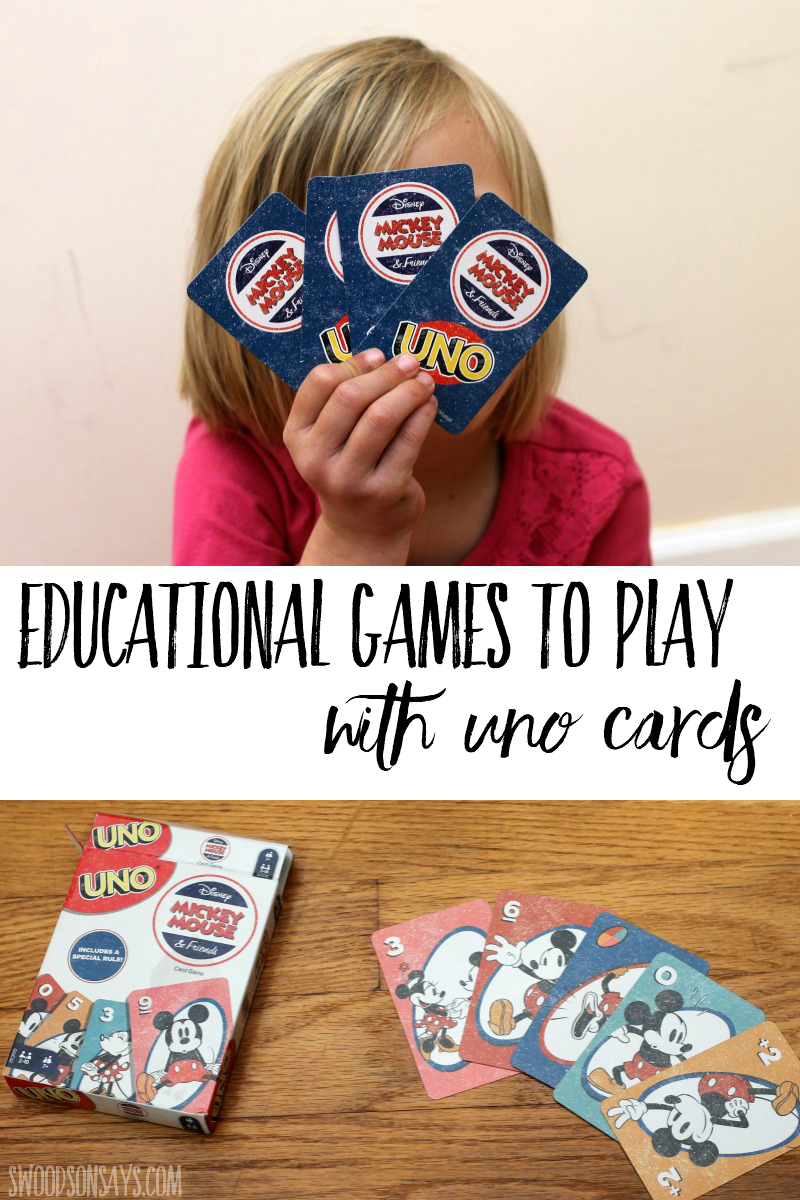 When you’re shopping for games, consider looking on Facebook marketplace for secondhand, buying from your local, small board game shop/toy shop, searching on Ebay, or checking Kidizen for used games. These are linked to Amazon for convenience but we’d much prefer you shop secondhand and/or small when you’re able!

We have a special Disney Uno from a trip there; here are some other fun versions: Mario / Harry Potter / Minecraft / Frozen 2.

So…why Uno?  Uno is perfect for creating new educational games with because:

Here are our favorite educational games to play with Uno!  I’ve also included a FREE printable so you can keep these instructions with your Uno cards, check it out at the bottom of the post! 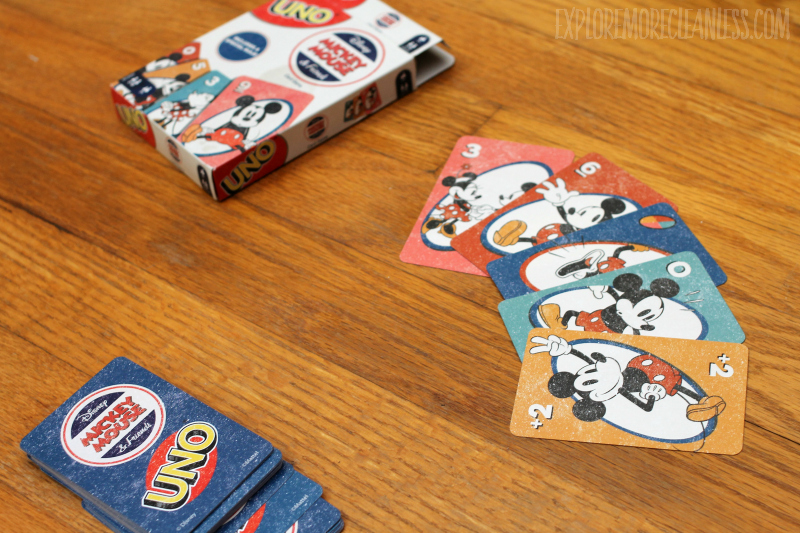 This is a great way for your preschoolers to work on their number recognition, counting, and focus.  This game is also really flexible, regarding how many different numbers you include, and how many cards you play with.  This will allow you to fit the game to the preschool attention span, and keep this variant challenging as they begin to master their numbers.  Game length will vary by number of players but usually takes from five to fifteen minutes.

Collect the most cards to win, by identifying the number and claiming the card. 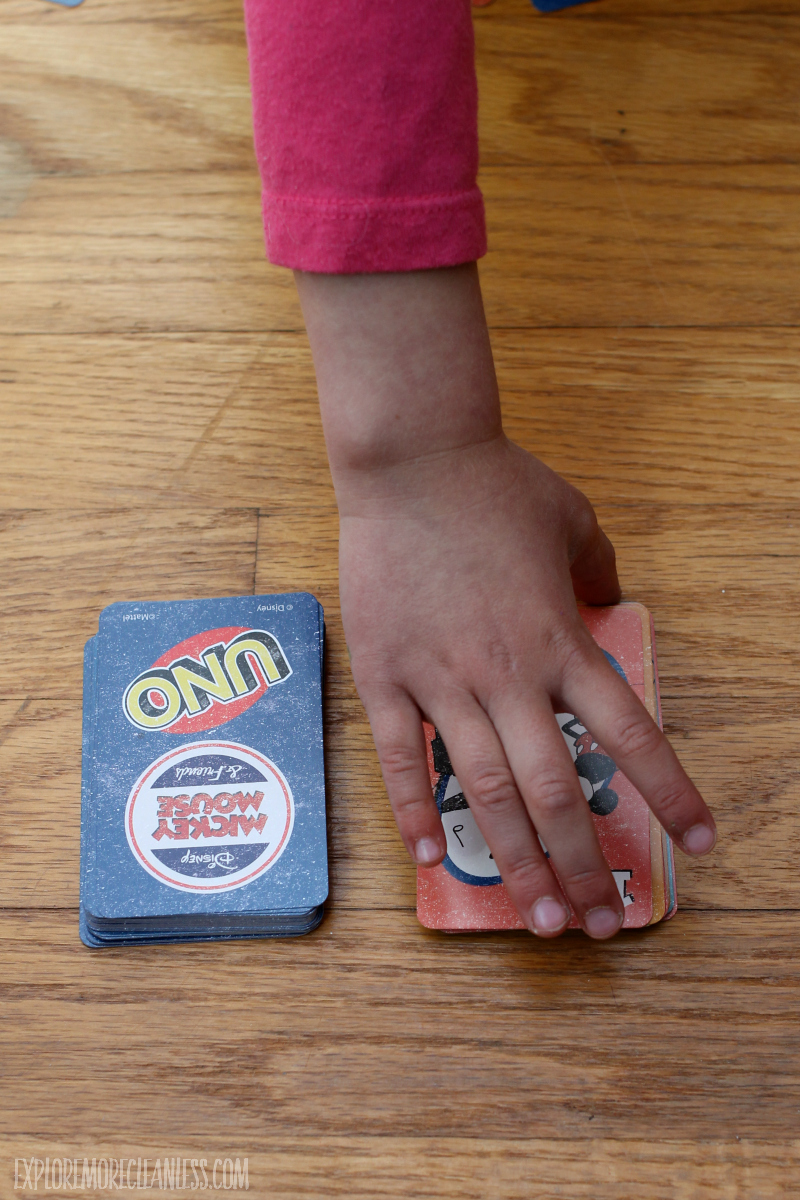 This game variant is perfect for gamers working on understanding number ordering, number values, and greater than/less than.  This game  lasts around ten to fifteen minutes.

Be the first player to find cards 0 through 9 and place them in the right order in front of you.

Shuffle the Uno deck and place it in the middle as a draw pile. 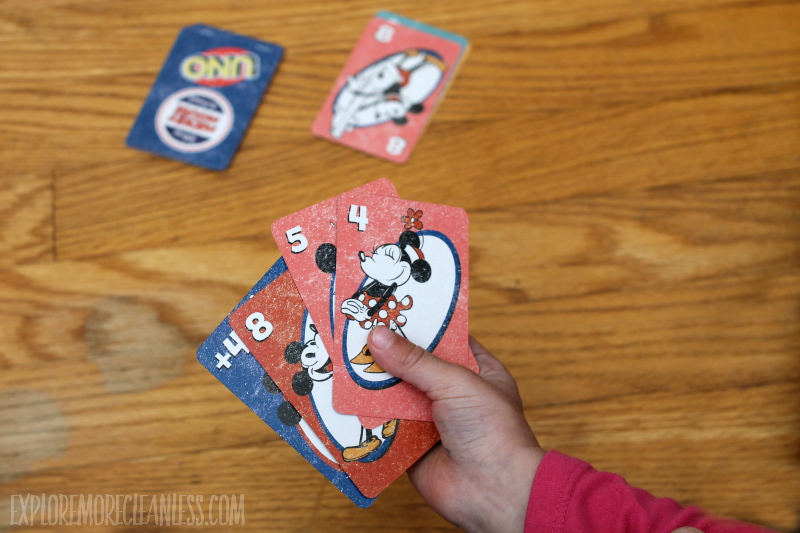 This game focuses on kids addition skills and is a great way for kids who have have a grasp of addition to develop their speed and mental math skills.  This game takes around fifteen to twenty minutes to complete.

Be the first to get rid of all your cards.

Shuffle the Uno deck, deal five cards to each player.  Draw five more cards and place them face up in a row.  If any special cards were placed face up, discard them and replace with a new card from the draw deck.  You should have five number cards face up in a row.

We’d love to hear from you, what are your favorite games to play with Uno cards?  Sign up below to get access to a one page printable with the instructions for each of the above game variants!  This is perfect to fold up and keep in your Uno box.